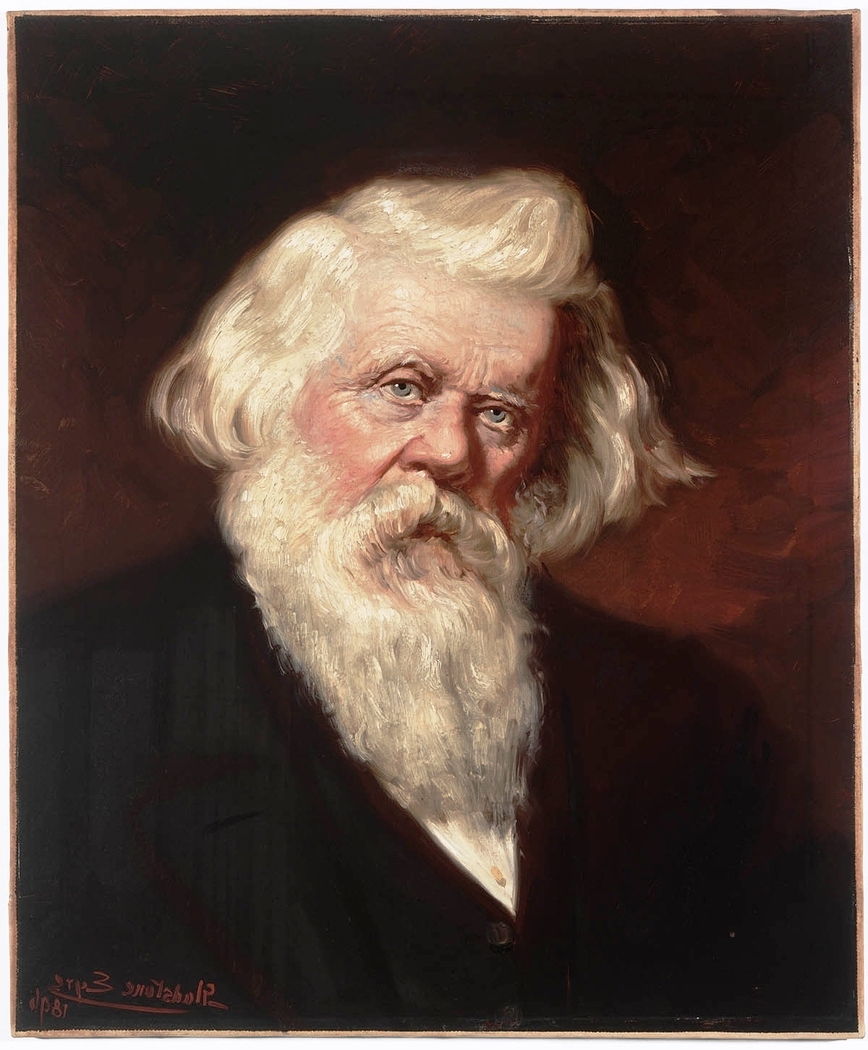 The life of Henry Parkes was a typical Australian success story.  He was born in 1815, the year of Waterloo, in Warwickshire to illiterate tenant farmers.  At that time many children did not go to school but worked either for their parents or were hired out from a young age.  However, with his father being a tenant farmer on a large estate, provision was made for Henry to attend the local school although that meant having to walk four miles there and four miles back each schoolday.

It was the time of what is called ‘the Industrial Revolution’ with large farming estates being mechanicalized, generally using steam tractors and similar labour-saving devices.  As a consequence of this, Henry’s father lost the farm and the family became destitute and even though he was under nine years of age, Henry had to go out to work as a labourer to earn money for food for his family.

He was a bright boy and over the following years became a skilled workman.  He also continued his education and by the time he was 21, had completed an apprenticeship in bone and ivory turning and had become a qualified artisan.

He also found an interest in politics and attended protest meetings of the Chartists which was a movement seeking the vote and support for the working classes.  These ideals paved the way for the later establishment of trade unions and then the Labour political movement in Britain which later spread to the colonies.

When 24 years of age, Parkes and his wife, Clarinda, whom he had married a few years earlier, decided to migrate to Australia as ‘bounty immigrants’.

Australia, in 1839, was still sparsely settled by the British and the colony of New South Wales established the Bounty Immigration Scheme which selected people from Britain whom the authorities believed had skills which would contribute to the development of Australia. ‘Bounty immigrants were selected by business owners who paid for their passage which was later reimbursed either in full or in part by the government.

However, life was not as expected and Henry again had to work as a labourer but eventually he was able to get a job in the NSW Customs Department. 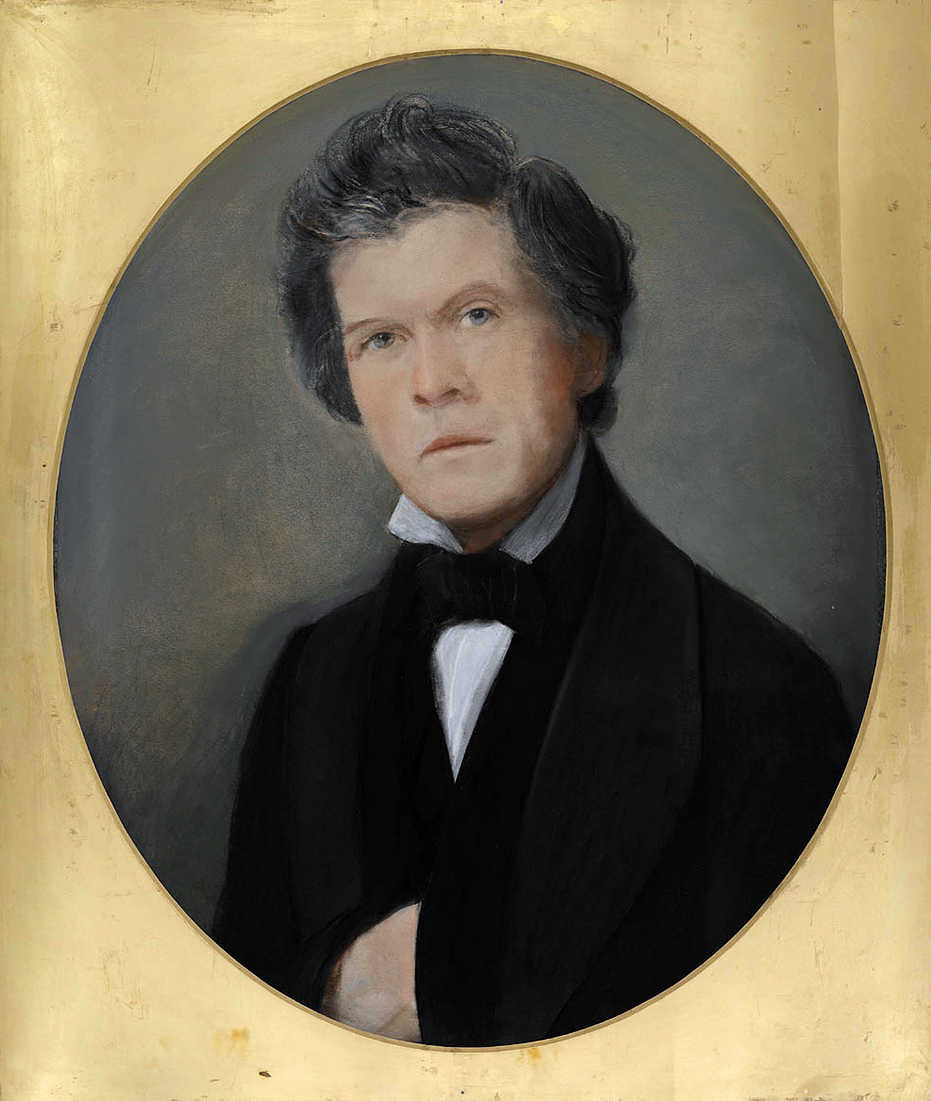 Parkes as a young man

From boyhood he had learned to read and studied by himself to raise his educational standard.  He never stopped learning and over the years became literate enough to write poetry and then books.  He was a constant writer to the local newspapers with many of his letters and articles being published.

Maintaining his interest in politics from the time he supported the Chartist movement, he founded and edited the Empire newspaper which he used to promote liberalism and to be a meeting place for the sharpest radical and liberal minds of the day.

He opposed much of the thinking both of the colonial government and of the main government in Britain. He also opposed the transportation of British convicts which were used as free labour and of the importation of cheap labour from the Pacific Islands and China which was essential for the development of agriculture in the colony.  He also fought for every citizen to be entitled to vote.  There is little wonder that he was considered by the establishment to be radical and left-wing, but he did gain an important following amongst some politicians.

This eventually led him to be nominated to the Legislative Council of New South Wales in 1854 at the age of 39.

Over the ensuing years Parkes was in and out of Parliament, and, as with many politicians who did not have independent means, faced severe financial hardship as they were not paid the huge salaries they are nowadays. However, during this time he had established a reputation as a brilliant and forthright speaker and built up a large following in the parliament.  This led him to be considered to be the leader of the opposition and, in 1872, he was invited to form government and became Premier of New South Wales.  His journey starting as a labourer 33 years earlier seem to have reached its pinnacle, but he was not finished yet.  He was re-elected Premier of New South Wales on five separate occasions, the last being from 1881-1891 when he was 76 years of age.

Throughout his political life, and before, he advocated that there be some sort of union between the six Australian colonies.  This led from moving for a mere conference or talk-fest of the colonies to actual union and Federation.  However, over the years there was much talk by the individual colonies but little action until there was a need for the defence of the entire landmass of Australia which the separate colonies could not do by themselves.

In 1889, the British Government, concerned about this aspect, appointed Major-General Sir James Edwards to inspect the forces of the Australian colonies. He advised that there be a structure to enable the colonies to combine for mutual defence, uniform organisation and armament, a common Defence Act, a military college to train officers and a uniform gauge for railways needed to transport soldiers from one colony to another.

Parkes, by that time Sir Henry Parkes GCMG (Grand Commander of the Order of St Michael and St George), used the Edwards’s report to push for constitutional conventions between the six colonies.

Rather than deliver his speech in Sydney, he travelled to Tenterfield, a small town on the route between Sydney and Brisbane as he wanted his message to have relevance to people living in the regions and not just in the city.  He gave a stirring speech which reinvigorated debate and led to the six colonies agreeing to send delegates to Melbourne in 1890 for a Constitutional Conference thus setting in motion the process of writing and adopting the Australian Constitution over the course of the 1890s, resulting in the union of the colonies and the Federation of the new country of Australia.

He had earlier handed the baton of the call for Federation to his fellow NSW MP, Edmund Barton who helped to draft the Constitution and who later became Australia’s first Prime Minister.

Henry Parks was a self-taught man, a noteworthy politician and a man who rose from the humblest of beginnings to become one of Australia’s great pioneers.