The Meaning of The Crown

The Meaning of The Crown 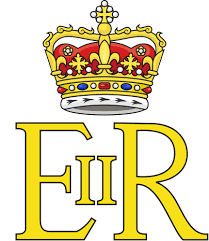 When most people think of the word ‘Crown’ they automatically think of a jewelled headpiece. However, in a constitutional sense, the word has a far deeper meaning in an Australian context for it embodies the authority and the functions of government confined by the restraints established by the Australian constitution. Pictured alongside is the Queen's cypher with the symbol of the Crown.

Put simply, the Crown can be said to be the legal embodiment of executive, legislative, and judicial governance vested in the Queen and exercised in her name. The Crown also comprises the rule of law together with its institutions. It symbolises the defence, police and other services as well as any entity founded under the constitution including those established by the parliament.

Therefore, when we say ‘under the Crown’ it not only means that we are under both the ultimate authority of the institutions of the Australian state and the Australian constitution, but that we are also protected by the checks and balances that are an inherent part of our monarchical system of governance.

The Crown is a permanent entity whereas the wearer, currently Queen Elizabeth II, is not. This is because someday, whoever is monarch, being mortal, must die whereas the Crown and all of its institutions and appendages, including the parliament, the public service, the judiciary etc., will continue on regardless.

This is why, whereas the Queen is Queen of the United Kingdom, she is separately Queen of fifteen other independent nations which we today call ‘Commonwealth Realms’. This means that when a matter peculiar to Australia comes up, the Queen can only listen to advice from her Australian ministers and not from her British ministers or anyone else. Similarly, with her other realms. The Crown in Australia being peculiar to Australia is termed the ‘Australian Crown’ although there has never been a crown-headpiece made specifically for the Queen to wear as Queen of Australia.

Because the Queen lives in England, she cannot be present in Australia except when she visits. Accordingly, the Australian constitution has made provision for a Governor-General to be appointed by her to act as her representative in and for Australia. The Australian prime minister nominates a person he (or she) selects and that nomination is presented to the Queen who then formally appoints that nominee as her Governor-General.

Once the Queen has appointed a Governor-General he, or she, assumes duties both as the Queen’s and the Crown’s representative as well as being separately empowered by the Australian constitution. Whilst the constitution does not mention the term ‘head of state’ the Governor-General can be said to be the executive head of state of Australia as he or she performs all of the duties expected of a head of state under the Westminster system of government.