Prior to 1901 the continent of Australia comprised six separately governed colonies all reporting to the mother country of the United Kingdom.

Not much is taught nowadays about Australia’s ‘Founding Fathers’ (some call them ‘Federating Fathers’) or about the many meetings and constitutional conventions held over a 10-year period to debate and decide upon a new constitution for a new Australia.

The story of those wise men who met over many years to unite the six Australian colonies into one nation has been included in our website together with potted biographies of a number of them and in particular those who helped to draft the Australian Constitution. 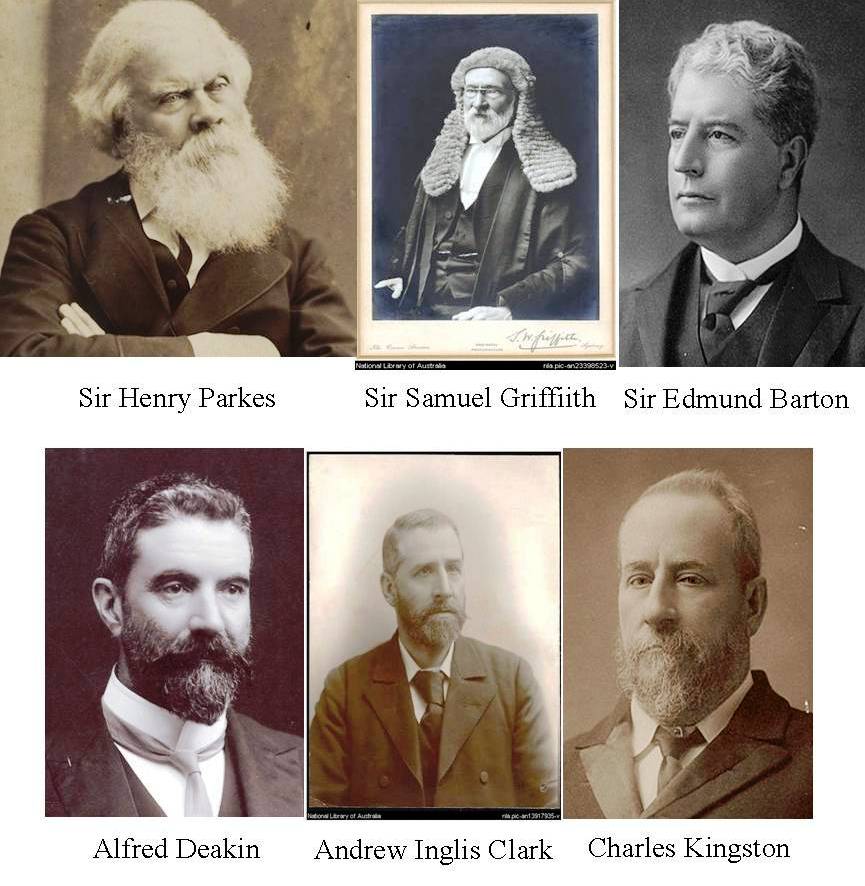 On the right are links to a series of papers briefly outlining the lives of several of the leaders of the movement towards Federation.

Elsewhere on this website you will find a wealth of information about modern Australia since the arrival of the British in 1788.

QUESTIONS (to be answered once you have read the sub-pages of this section.