The High Court of Australia

In 1849 the Privy Council of the United Kingdom proposed that a national court should be established in Australia to hear appeals from supreme courts of the Australian colonies. There were many reasons for this, the main one being the time taken and enormous cost of travelling to the Privy Council in London. However, this was not proceeded with at the time.

The matter was brought up in discussions at the various constitutional conventions of the 1890s and it was agreed by delegates that a High Court would be established and that it would be the final court of appeal in Australia and that the process of appeals to the Judicial Committee of the Privy Council in London would be abolished.

However, the British government had other ideas and, whilst they agreed with and encouraged the Federation of the Australian colonies, they were insistent that the Privy Council would be the final court of appeal from all Australian courts.

In March 1900, at the invitation of Joseph Chamberlain, the British Secretary of State for the Colonies, Sir Edmund Barton, Alfred Deakin and other delegates travelled to London to present the draft constitution agreed upon by the constitutional conventions. (alongside is a photo of both Barton and Deakin). This document included abolishing appeals to the Privy Council. However, whilst they were able to reach agreement on all clauses the British government insisted that appeals to the Privy Council continue to be allowed, particularly from the colonial courts which, after federation, were to be known as state supreme courts.

After much lobbying, Joseph Chamberlain and the delegates reached a compromise under which cases involving the interpretation of the Constitution would be handled by the High Court of Australia with the right of appeal to the Privy Council being allowed in all other cases. The amended constitution was then passed by the British parliament and the Commonwealth of Australia Constitution Act 1900 was given royal assent on 9 July 1900. It was formally proclaimed on 17 September 1900 and entered into force on 1 January 1901.

Whilst the federal constitution came into force in 1901, it took three years for the parliament to establish the High Court. In introducing the bill, the then attorney general, Alfred Deakin, made an impassioned speech saying: “The federation is constituted by distribution of powers, and it is this court which decides the orbit and boundary of every power... It is properly termed the keystone of the federal arch... The statute stands and will stand on the statute-book just as in the hour in which it was assented to. But the nation lives, grows and expands. Its circumstances change, its needs alter, and its problems present themselves with new faces. [The High Court] enables the Constitution to grow and be adapted to the changeful necessities and circumstances of generation after generation that the High Court operates.”

After much deliberation the new Parliament enacted the Judiciary Act 1903 and the High Court of Australia was established. Initially, only three people were to be appointed to the court. This was soon increased to five and then, in 1913, to seven. The first three people to be appointed to the court were Sir Samuel Griffith (pictured alongside), as Chief Justice and Sir Edmund Barton and Richard O'Connor as Justices. Sir Edmund had earlier resigned as Prime Minister and his colleague and fellow Founding Father, Alfred Deakin, became Australia’s second Prime Minister.

Thus, after 85 years, the original intention of Australia’s founding fathers for the High Court to become not merely the highest court in the land but also the final court of appeal from all courts in Australia was realised. Today the court also exercises the power of judicial review over all laws passed by the federal, state and territories and is also the final authority on interpreting the Australian constitution.

The High Court first met in the Supreme Court of Victoria building but soon adopted the practice of moving around the country to hear cases. In 1980 a separate High Court building was erected in Canberra as its permanent home. The High Court Building in Canberra is pictured underneath. 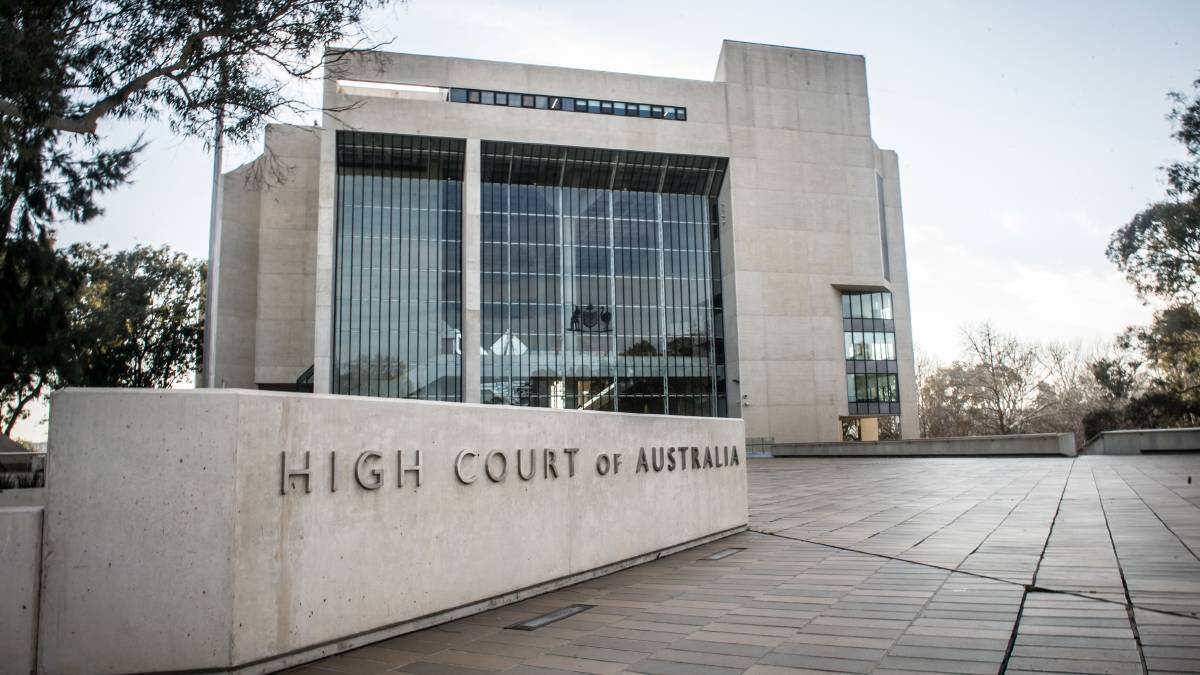